Cloudy, chance of cruise ship, said the forecast which, as I read it, 08:25, came true when the Costa Fortuna--who came up with the name?--slid into sight. That's 900 feet, 13 decks, 3,700+ passengers and crew, 150,000 tons worth of sliding.
I'd been woken at 02:00 by singing. Slow harmonies--an Easter procession? One of these displays of hauling a Christ-on-the-cross through the streets, which I'd seen in Sevilla? The Portuguese are known for their religious festivals. What else would Easter have in store?
Not many stores, as the day turned out, one of the quietest days I've seen here. A few bells, straggles of tourists, announcements from the CF, in five languages. I got pretty quiet myself, not working much. Later I got stuck into Blue Sky, with Jessica Lange (fabulous) and Tommy Lee Jones (tentative). Portuguese subtitles for today's language study.
By now I can tell when cruise ships are leaving. At about 19:00 I went down to watch the CF. Unlike the Azura, this ship fired its stern engines sideways--crude ship talk, for sure--and rotated its rear end counter-clockwise, putting me squarely into its bow webcam for a few seconds. 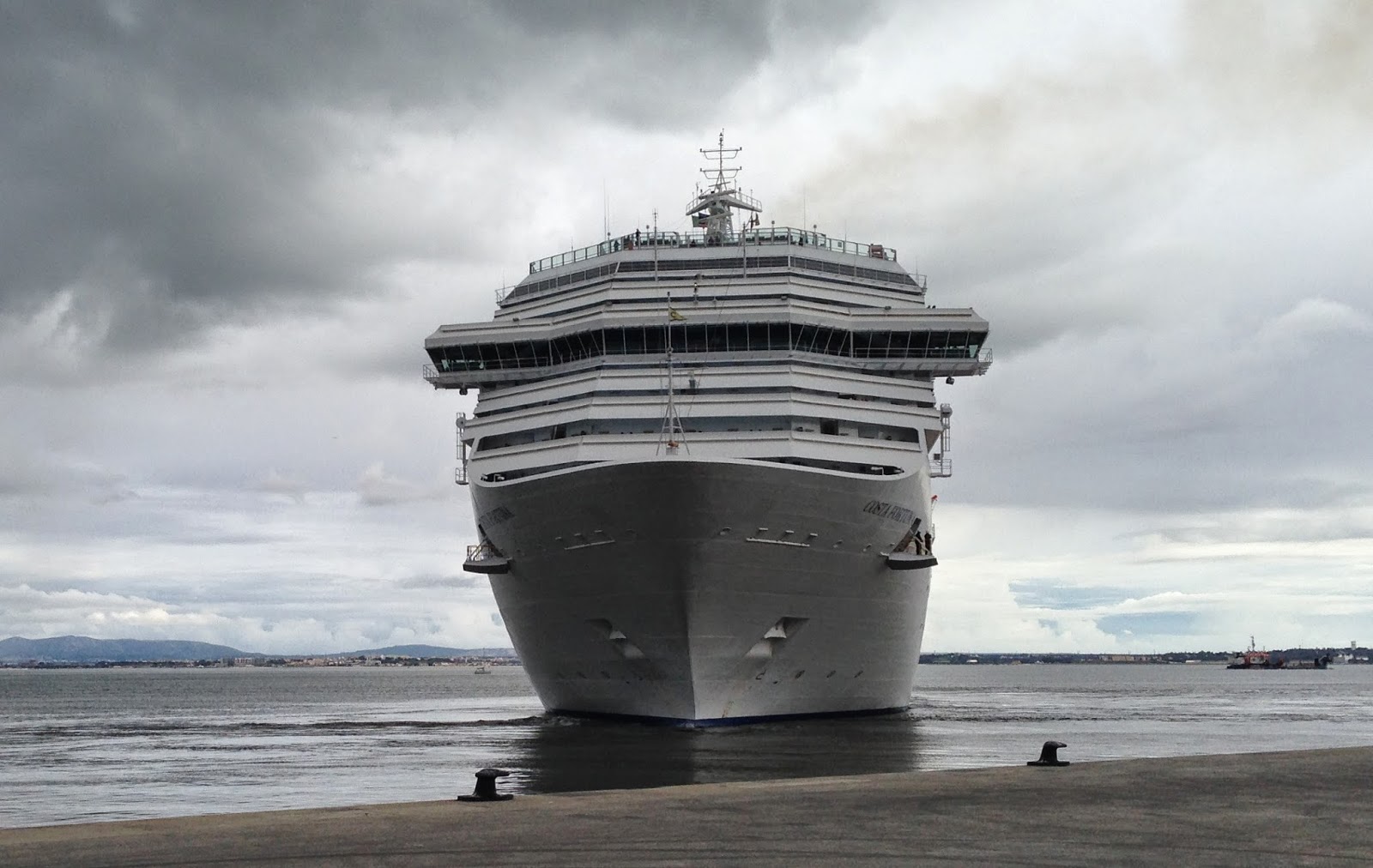 About three minutes later, I could see the captain reach down and put her into drive and sail off, as I did, over to the grocery store to buy flowers for MY DAUGHTER LUCY WHO ARRIVES TOMORROW!
Closed Easter Sunday, said the grocery store.
Posted by Gerald Hill at 20:42