Kroetsch would have enjoyed himself, except for having all the attention on him. The memorial event on Monday afternoon in Leduc brought writers/readers and his family together. Some difficult, tear-edged, moving tributes. Photos, music, a short film, some lovely "Uncle Bob" stories. A few beers at the Leduc Legion afterwards, with lots of good cheer amid the sorrow.

I drove over to my sister's place near Sherwood Park that evening, through the intersection where Kroetsch had died. It was my sister's birthday. Earlier that day, another sister had become a grandmother for the first time when her daughter gave birth in Edmonton.

Birth and death, beer and food, corners and turns, mosquitoes and stories and finally a late darkening--it all seemed to fit.
Posted by Gerald Hill at 07:15 No comments:

From the moment I imagined myself as a writer, 1981, and the moment I began post-graduate studies in English, 1988, Kroetsch showed the way. "This thesis has gone on long enough without mentioning Robert Kroetsch," I remember writing in my MA thesis, a collection of creative/critical essays on Virginia Woolf, Gail Scott, Ethel Wilson, Kristjana Gunnars and Kroetsch himself. I was able to claim both creative and critical status (however temporarily, as I learned from Kroetsch how to say) for my essays only because I'd read the Kroetsch novels poems and essays.

I saw him many times over the years. In September 2009 I was honoured to read Kroetsch's "Elegy for Wong Toy" to a Leighton studio full of Bob and others at Banff and tell everyone that Kroetsch was one of my fathers (to use a phrase from the poem).

The next summer I came up with this piece, set in my cabin at Emma Lake:

Robert Kroetsch, writer
White hair, white beard, Kroetsch
old as hockey legend Gordie Howe
and golf legend Arnie Palmer
worries about too much sun, he says,
sitting in my cabin with a beer.

Kroetsch is to blame for today's light,
which splinters and flares for his arrival
in his horsefly tractor, his bucking dock.
Twelve hours earlier, a football moon
scored behind a blade of sprucetop.
I’m writing poems, he says. I love it.


Half-way through his beer he recalls
with a laugh he’d seen a man swimming
in marsh-like conditions, wind
blowing in the swimmer's mouth.
Must have been a farm kid,
thinks he’s found the .


Lightly clouded day after solstice,
twenty degrees in wind and blue
and we’re indoors
far from the trembling,
with music on. No mosquitoes
in here, he says. It’s good to just
sit for a while.
Posted by Gerald Hill at 10:43 8 comments:

Darke on the Longest Day

The traveller walked here to here
to/from to McNiven
cupping between them Darke Park
vacant tonight for mosquitoes. 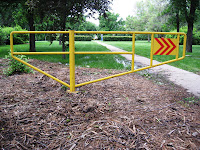 Hydrants guarded
each a dozen homes
no matter what your
reason for seeing. 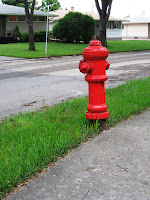 Tonight only travellers wrote the hydrant
family of red bone, dark face, lawnmark.
Every few feet they seemed near. 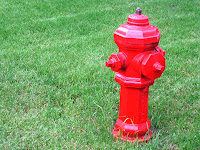 On Darke re-committed to wild yard. 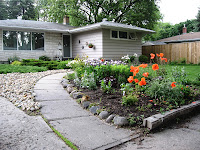 How long does a driveway?
Ruckus and splash?
If time does this to
driveways, think. 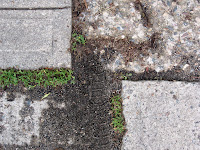 Later in the coffee shop
on Kramer, Darke Park
a stone's throw and a roll and
a kick away. 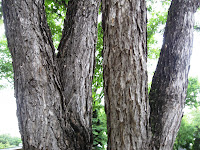 Stranger than later
the hill.

Don't weigh yourself every week as planned. As my grade seven Manual Arts teacher used to say, If you measure, you might not like what you see.

Two years ago in Darke park: 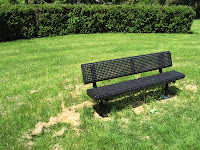 Looks change.
Posted by Gerald Hill at 12:04 No comments:

Show your credentials to the duck. 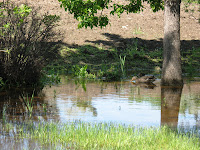 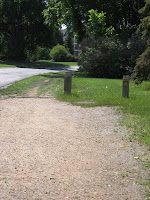 The people who moved to Hillsdale in '58
live here or if
you like liver. 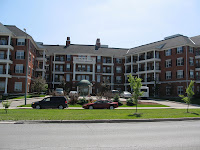 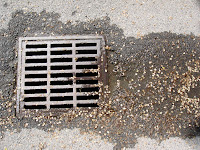 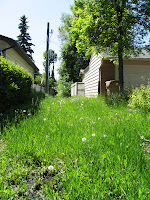 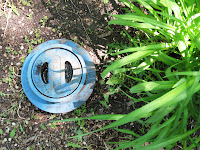