Add to the list of “Books The Traveller Carried While Writing Hillsdale: An Auto-Geography” Don Kerr’s My Own Places: poems on John Constable, an homage to the 19th-century English landscape painter. “One regionalist discovering another,” as Kerr notes. A beautiful UCalgaryP book from 2006, with several lovely colour reproductions of Constable paintings and drawings. Kerr’s poems take us to Constable and to Kerr, take us out and take us in. They show us how and why Constable “paints [his] own places best,” as Constable noted in an 1821 letter, cited by Kerr as an epigraph to Section 1. And Kerr does this by painting, so to speak, his own places best.

Thus inspired, the traveller spends the morning walking and photographing. 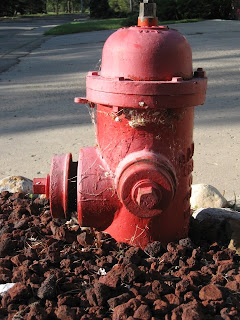 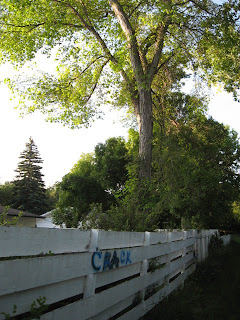 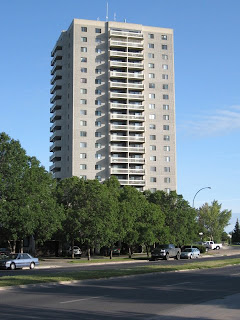 Selected from the "All Titles" menu of Gazelle Book Services, UK distributor for NeWest Press

I took a walk the other day 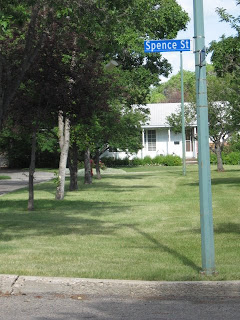 I headed north on Spence, turning right into the easement behind Parliament. 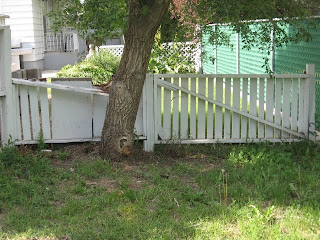 Blocked to the north, I turned south. 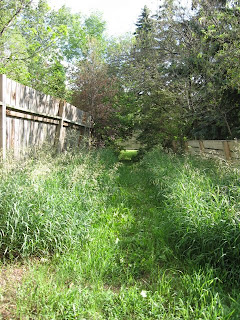 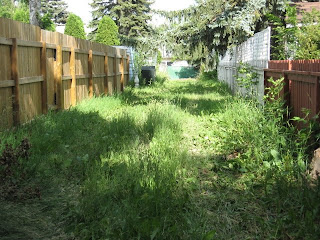 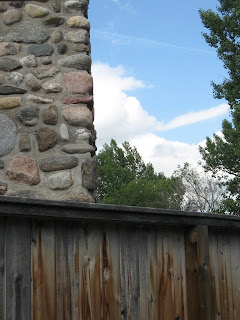 The easement empties into the park behind the swimming pool and skating rink. 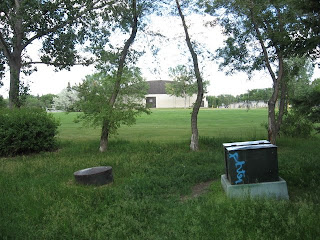 Next to my old high school. 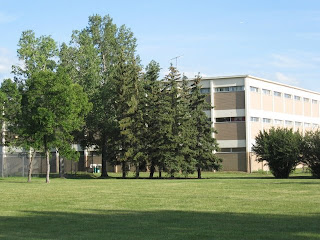 My daughter Emmaline joined me for a spell of frisbee. 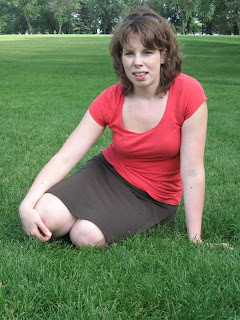 It's her old high school too. 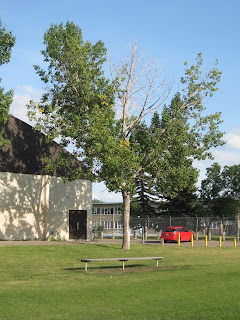 And we both drive little red cars.
Posted by Gerald Hill at 11:19 No comments:

Someone spoke to the traveller today of how any story of Hillsdale has to include a chapter on how the developers got rich.

However, says the traveller, we already know who gets rich and what dynamics of power explain where we are. All we have to do is read the street signs: here's Newlands and Anderson, a lieutenant-governor and a premier.

Instead, as if snagged by a tremor of years, the traveller sees himself defined by light and summer green, by whatever he remembers, by what comes to him right now. And the rest of it.
Posted by Gerald Hill at 21:00 No comments:

Let's see, it's either get to work or brag about my kids, who are all making room for themselves in this world and laying good stuff on the rest of us.

Just now Emmaline sent this link to a spirit-lifting, global version of "Stand By Me".

Inspiring, these three. I'm so lucky.
Posted by Gerald Hill at 10:00 No comments:

Dedicated readers of this blog will know that a year or so ago I went on and on about the pigeons. I haven't said much lately, any more than residents who live near a once-toxic airstrip would bother to comment on the spring balloons and gentle kites that now fly there--that's how successful last year's arsenal of prods, random zaps, netting and shovels has been in showing the pigeons who's boss around here.

However, this evening I went down to find the top tube of my bike frame ridged with pigeon shit. It wasn't random pigeon shit either. After careful study, I deciphered the pigeons' shit code this way: thanks for the cool bike frame, asshole.

Borrowing the logic of cold war-era American foreign policy, I upped the armaments, coating the frame with crankcase sludge from a '55 Olds, toxic to pigions (and not, as it turned out, much good when chafed between one's thighs).

So that's one for the pigeons, but just the one.
Posted by Gerald Hill at 23:31 No comments: