Book First of the Prelude (on this windy day, windy enough to force our Leaf caps tighter onto our heads) begins: "O there is blessing in this gentle breeze". The Prelude breeze--not as rough, I suspect, as today's--provides the first-person Sojourner a model of escape from his "vast City". He claims, joyously, that "The earth is all before me", perhaps referring to the 13 Books--or about 250 pages the wind right now wants to free from their binding--after this one.

By line 45 I'm a little tired of this Sojourner voice, although I understand how much he wants to get out of the City to write. What interests me most is Wordsworth's blank verse, which I spent a lot of time working with at Emma Lake and Banff, in my own out-of-City cottages, earlier this summer. Ten syllables per line, beats irregular, unrhymed.

Such matters would be old hat to the masters, new hat (the Leaf cap Lucy bought me in Toronto) for me with the Stan Still material at Emma and Banff. There the blanking of several poems, but without the Wordworthy caps at the front of every line, seemed a useful editing device, even usefully annoying at times.
Posted by Gerald Hill at 16:59 No comments:

Enjoyed the sky along highway 20 on the way to Muenster the other day. 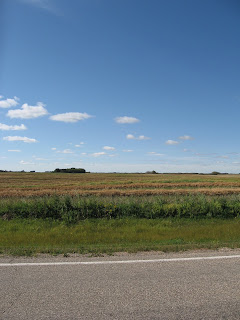 And yesterday here in the city. 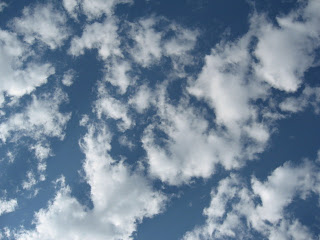 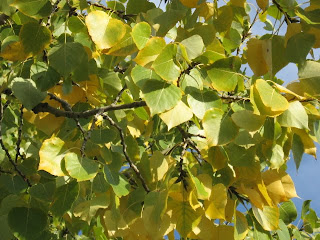 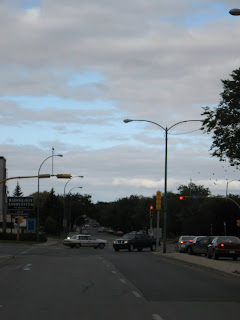 Meanwhile, down here on the ground: 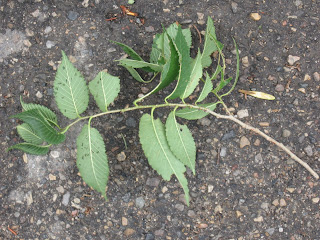 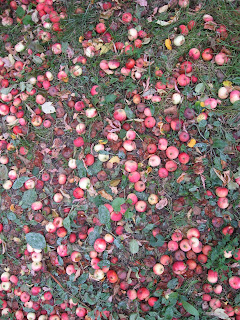 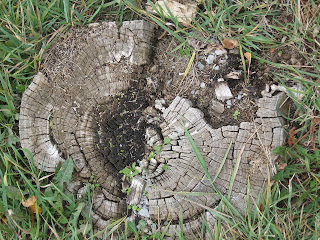 Just back from a Hillsdally (Hillsdaily, Hill's delay). After Paterson, I'm thinking of widening the sweep a little for the Hillsdale book, including notes on jamming a nickel into the window frames last night, the windows rattling; on Lucy's request for the lentil soup recipe; on finding my Banff Artist's Card in my back pocket this morning.
Posted by Gerald Hill at 10:54 No comments:

Last night I hosted an open studio at the Leighton Colony, with my little buddy the marten on the poster--a photo taken just seconds before he tracked down and executed the squirrel living inside my north wall. 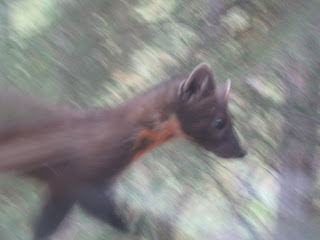 About 30 people showed up for the cocktail party/reading, everyone having a dandy time with the wine and cheese (part of it provided by the Leighton program) and chit-chat. As people arrived, I'd greeted them with the standard line my father used to use: I'll pour you the first drink, after that you're on your own. At 5:30, though, I did what goes against the grain of a certain keep-the-party-vibe-going policy I think I learned from dad. I interrupted everyone so I could read a few poems.


The poems, mostly made from images and moments visible or imaginable through the windows around us in the studio, worked fine. Since Robert Kroetsch was on hand, I decided to publically acknowledge my writerly debt to his work by reading one of his poems, "Elegy for Wong Toy", a poem itself about honouring "one of my fathers". That worked pretty well too, I think.


Then back to the wining and cheesing. People gradually drifted off, leaving a hard core of 6 or so. At 7:20 I had to leave for the Wynton Marsalis concert. Turn the lights off and lock up when you leave, I told the rest of them.


At the concert, which was a blast, I ran into the man who was principal of the school where I had my first teaching job, from 1975-78, in Rocky Mountain House, Alberta. He was a fabulous principal--willing to let me try things, not afraid to let me know if he thought I was getting a little carried away. (I got the sense that W.Marsalis shares that leadership quality. If the rhythm section got a little out of line, he'd just look at them from his trumpet chair and keep on looking until they got back into line.) This man, now retired, Alan Marshall by name, was the model administrator that no one else in my experience has matched. Another kind of father.


After the concert I was roaming around the Banff Centre campus, looking for someone to have a nightcap with. Seeing no one, I thought I'd head into the woods to the studio, do a blog entry or something. Damned if those cocktail partiers weren't still there, having a merry old time, all the booze long since consumed.


Off we went from there. This morning I cleaned up.


I forgot to mention that Andrea Przygonski, a printmater/papermaker from Adelaide, installed one of her stocking pieces in the studio. 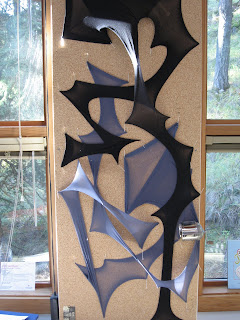 While I'm putting finishing touches on Natural Cause: The Poems of Stan Still, Stan's looking for his last word, maybe his last word ever. Maybe ever will be that word. (Dad used to end his letters that way: As ever.)

Somewhere through his window, in that sun just rising over the Bow valley, in some post-conceptualist junket, somewhere in his body, in the eyes of three elk cleaning up his apple peels, in the dream of his mother surprising her siblings by showing up at the dinner table, in that next cup of tea--he'll come up with his last word.

My eldest daughter got married last weekend, three days before my drive to Banff. "Will you write about the wedding?" my other daughter asked. Not directly, I said. But I'm here to work on my Stan Still book. Stan might have something to say about the wedding.

Her other comment was about how inspiring Banff must be. That's a topic--inspiration and place--I've been hired to speak about at the Saskatchewan Writers Guild fall conference. No, I'll claim. A mountain view is precisely as inspiring as a dusty campground outside of Brooks, or Level 1 of the parkade at the Banff Centre for the Arts. It's about the way you look, not what you look at, I'll claim. Still, is that sunlight bleeding to the forest floor? My old buddy Marten hooping along a log? A promise of moonlight later?
Posted by Gerald Hill at 16:54 1 comment: