Or other. I'll show you a photograph later but for now a guy's working inside by natural light, late October.
It's Sunday.

Not that he wants a new sign.
He wants it to mean something new.

Today for once the second
movement not the choral
of Beethoven's 9th gets him.

The sign reads the same from both ways.
Posted by Gerald Hill at 16:13 No comments:

What a relief to find out that another publisher has rejected my Natural Cause: The Poems of Stan Still. Until then I'd been dreading the writing, as a post to this blog, of an open letter to Regina and area writers who did not show up for even an hour or two to the Saskatchewan Writers Guild conference in Regina last weekend. Even if the conference is expensive (I would have said); even if you have historical, unresolved grievances with the Guild; even if the sessions didn't seem that interesting--no matter, as an organization that has affected your writing career for the better, even if you're new to writing, it deserves your support, at least an hour or two of your time. My reasons for saying that are partly selfish (I would have gone on to say): I missed the pleasure of your company, the stimulation of your ideas.
Instead of such an entry, thank goodness, I have to deal with rejection. But there is no deal with rejection. It gets everything, I get nothing.
I guess that all belongs to yesterday, because today in the mail came word that one of Canada's loveliest chapbook publishers wants to do a chapbook of my Hillsdale material--a dozen or so of the streetpieces, as I call them, written on location in Hillsdale. I'm delighted.
But poor Stan.
Posted by Gerald Hill at 10:07 7 comments:

I handed back the writing they'd done from a leaf with a word on it.
I got an idea for a later assignment: reflect on the assignments, your approach to each one, whatever you came up with, and the grading of each one. Make that your essay.

Good one for me to write too. 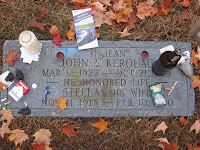 That thump was not west wind on the storm window it was my skull on my stained pine desk at the end of Keith Jarrett playing "Somewhere Over the Rainbow" on his La Scala disk. By the time he reaches that final plink I've spent a few years gone.

Those essays I was talking about (an entry or two ago) that began with a word on a leaf--so far I don't know what the hell the word was in each case but man, they went for it. The question is, how well. If that seems an inpertinent question, spare a kind thought for yours truly, who must come up with a grade.

Now I'm worried that readers of this entry--hello aunt Martha and uncle Mart--might wonder if I know what I'm doing, assigning that kind of work. (Keep reading!) It's just as easy or hard to grade as anything else. Some writing not only gets a fresh idea but finds a fresh way to say it. That's in the 80s at least (as always, depending on things like punctuation choices) With others it's one of the two, usually the first. 70s or 80s. It goes down from there.

It seems to be about challenging these skilled writers. Come up with an idea, get them to try it. See how well they do.

It's trying to get them to go to an open field.
Posted by Gerald Hill at 15:25 6 comments:

Thirteen Ways of Looking at a Blackird

I can't possibly add anything to the miles already written about this fabulous poem. But I'd capitalize the a in At. Makes the looking more pointed perhaps.
For me the easiest way into this poem over the years has been via the word imagination (and I'll try to cut down on the italics from now on). The sheer opening. Anything a sky can do, that poem can do.
I'll try to convey all that to my writing class this afternoon, before assigning them an essay made from the poem, or not from the poem exactly but the looking at the poem performs. Thirteen ways of looking at a lamp, maybe (the lamp by the window). I'd like to hold my students to 13, too, not just 5 or 6.
I can't spend much more time talking about this poem, except for a word--equipage--and the name of my favourite band--the Bawds of Euphony. And now that I think of it, maybe the upper-case Looking is enough; it's more open.
Posted by Gerald Hill at 08:54 3 comments:

One of my students, asked to find a suitable leaf and write on it a single specific word--stubbornly concrete and particular was how one of the essays in our text put it--wrote the word "time". 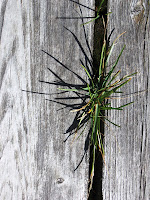 Another student, after drawing that leaf from a paper bag passed around the table, said "time", hm. 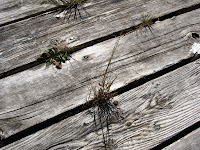 He grew silent. The next five or six classmates weren't keen either. About half way around, one tossed down the bag and said let's write new words. Which we did, quicker this time. 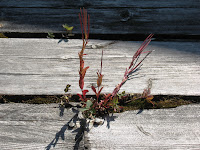 The words became objects, in other words, that would better serve as prompts for six or seven hundred words of prose. 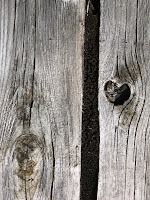 I drew wooden spoon. So far my essay reads my teaching practice in the spoon. It could just as easily read the open 6th-floor lounge of Lloyd Hall at the Banff Centre, already three weeks past. Time has a way, all right.
Posted by Gerald Hill at 16:01 11 comments: